Hit Enter to search or ESC to close 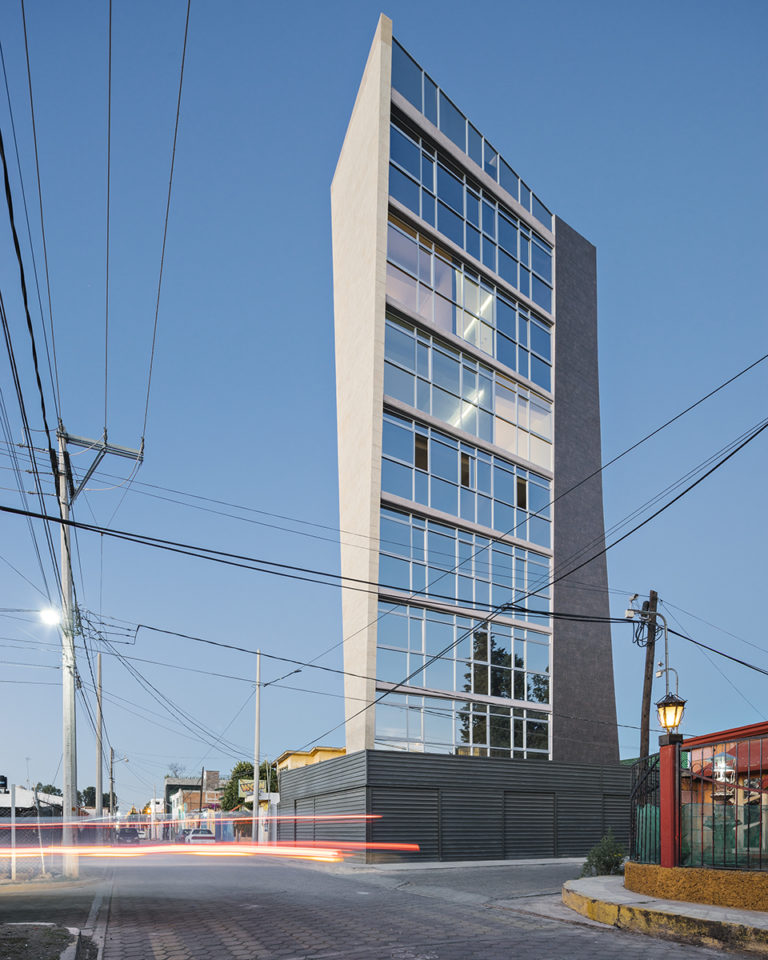 Agata is part of Saint Peter District, an urban intervention that seeks to dynamize the urban life of the west side of San Pedro Cholula, in the Mexican city of Puebla. This 7 level Tower is a stylized volume that responds to the desired orientation and predominant views, such as the great pyramid of Cholula, and the nearby volcanoes.

Due to the site characteristics, the architects decided to separate the volume from the neighboring houses, and create an open glass facade, integrated to a contrasting triangular frontal column serves as a vertebral column for the building.

To conclude, Agata contradicts with the prevalent rigid apartment tower, to generate a dynamic volume that generates a different space in each apartment. To accomplish this goal, the architects decided to create a reticular frame structure, but create irregularities on each level generating an extroverted, provocative and contemporary volume.